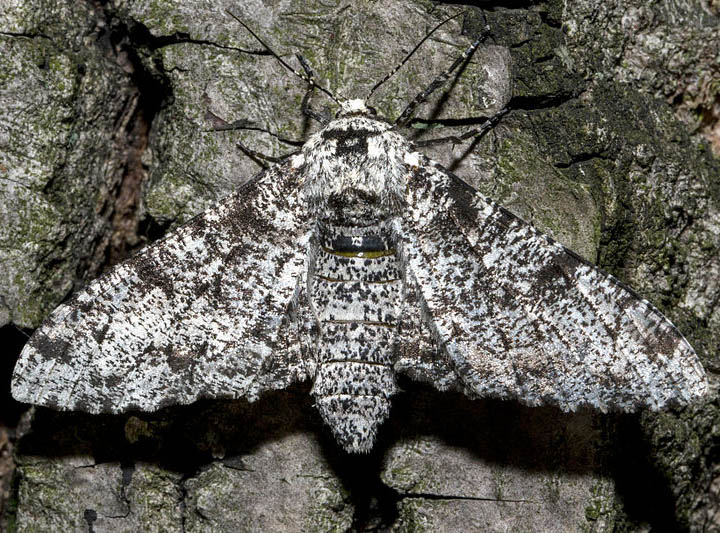 As if that was not enough, it even looks exactly like a broken birch twig! Many caterpillars are also talented twig impersonators. A large group called the geometrids specialise in this disguise. They are both the shape and texture of twigs, and if disturbed they will freeze to enhance the effect. To look like twigs they have no legs in the middle of the body, and so have a looping walk which gives the group its name. Geometrid comes from the Greek for 'ground' and 'measure'.

A few moths use camouflage not to be hard to see, but to disguise themselves as something distasteful, so that predators will not even think of eating them. The Chinese Character is quite noticeable, but it looks just like a bird dropping, both in shape and colour.

Definitely not a tempting morsel! Many moths use patterns that break up their outline, so that their moth shape is not so recognisable. Also, the spam filter no longer accepts link references. Same blog, article "Peppered moth mutation discovered at last". I was able to post a link. Shouldn't you be outdoors climbing trees, jumping in mud puddles and mutilating frogs and cats?

It must be almost time for you to move out of your mom's basement and make a space for yourself in her attic. Don't forget your favorite jammies to wear over your big boy Huggies. To those who were never aware - not all Creationists have rejected Evolution.

We are not all 'Jellicles, you know. Predation is natural to all or most species, and if not for the ability to evolve, most Life Forms would have perished. A good example is the chameleon, and other creatures that change color quickly to blend with surroundings. However, humans have no such ability to change in the same manner. Instead, humans have evolved a brain that is capable of quick decisions to enable survival.

Watch me water my phalenopsis orchids in moss and bark.

It isn't a foolproof ability, but then, we're only human. Just the article title "Study confirms truth behind 'Darwin's moth'" makes me upset. What the "truth" is supposed to mean? Truth is propagandist word - not scientific word. Whart "truth" is a common English word and just because it has no formal scientific definition doesn't mean it cannot correspond to any reality. The word "God" also has no formal scientific definition; so there is no God? The science shouldn't recognize any "truths" - only theories and their logical arguments. It should always remain open to all alternatives.

ONLY where and when there are credible alternatives.

There are NO credible alternatives to either evolution or the Earth being round and not flat etc. The theory obviously doesn't exclude microevolution; why would it? After all, macroevolution is just a series of microevolution events thus it wouldn't make any sense for the theory to exclude it! The adaptation would actually contradict the formation of new species, because it would remove the main reason for their formation.

Your above assertion makes no sense. Perhaps you think evolution theory says there is some other kind of 'reason'? Perhaps you think this 'reason' implies 'purpose'? If so, you haven't understood the theory. Not necessarily, but the effect is the same. There are two things to select for: The offspring of black and white moths can be black, white, or a mix of black and white, and they can prefer dark trees, white trees, or be indifferent about the trees. Either ways, the offspring of the mixed mating have a greater probability of ending up white-on-black or being of intermediate color which suits neither niche, which means a greater part of the population ends up ill-fit for their environment.

When all three, black, white, mixed, moths multiply through reproduction, it doesn't take a big disadvantage for the mixed variant to vanish because reproduction is exponential. Small persistent disadvantages or advantages in evolution lead to rapid shifts in populations, because the difference between two exponential functions is also exponential.

In evolutionary timescales, this is a blink of an eye. After years, the situation is about 1: It merely confirmed that it happened specifically via industrial pollution rather than via some other alternative evolutionary process i. Once the moths have separated into subspecies like that, further changes take place due to the differences in their environments. Different types of flowers may be present around dark trees vs.

At that point, while it would be genetically possible to produce a hybrid, the offspring are no longer viable because they're most likely malformed, physically and behaviourally.

THE MOTHS ON THE CHANGING BARK.

It's no longer possible to argue that they're the "same moth". And that's how "microevolution" turns to "macroevolution" - the separation of species.


You can argue that the mouth shapes, colors, mating preference, environmental preference, etc. It works either way, and that question is a different argument that can be tested by other means. In fact, the "baramin" argument would require that all animals start out with an incredibly large and complex genome to include all the possible future variants, but carrying such a large genome is a disadvantage because it has to be replicated at a great cost, and the offspring of such genomes would be genetic mad-libs and most of them would die right away, so the "prototypes" would be eliminated very early on in the process of life.

And with the baramins dead and gone, you'd have the problem of explaining why new species still keep popping up even though the prototypes are long gone. Something else must contribute to add new genetic information, so the process of selection can continue. You completely misunderstand what this article is suggesting. I should also add to that; Even if the evidence hypothetically was different from what it was and actually contradicted the theory that the moth evolution happened specifically directly via industrial pollution but rather was caused by some other evolutionary process, that wouldn't contradict the theory of evolution in its generic form but rather merely mean we would have change our theory of exactly HOW that moth species evolved, that is all.

That is because that part was never in doubt. No genes change at all. And calling it "microevolution" or "macroevolution" doesn't "change" it, it would still be "evolution". But the fundamental demonstration of "evolution" is speciation, that's why Darwin entitled his book, "The Origin of Species".

And, face it, if you have a hundred separate cases of genetic radiation in a population of moths, they are still all of the same species. They may have genes combinations never before seen all in one individual but absolutely none of those changes is a mutation! The moths from one population can still successfully mate with original moths and produce offspring that breed true.

Moths are iconic examples of camouflage. Their wing coloration and patterns are shaped by natural selection to match the patterns of natural substrates, such as a tree bark or leaves, on which the moths rest. But, according to recent findings, the match in the appearance was not all in their invisibility. Despite a long history of research on these iconic insects, whether moths behave in a way to increase their invisibility has not been determined.


A research team from the Laboratory of Behavioral Ecology and Evolution at the Seoul National University has conducted an experiment to directly answer this question. Chang-ku Kang, Jong-yeol Moon, Sang-im Lee and Piotr Jablonski have found out that moths are walking on the tree bark until they settle down for resting; the insects seem to actively search for a place and a body position that makes them practically invisible.

Instead of placing moth specimens on a tree bark in various positions to see how body orientation of moths make them invisible to birds, which has been done by several researchers, "we let the moths to do the job for us" says Changku Kang, the PhD student who conducted the experiment. The researchers let inchworm moths of two species Jankowskia fuscaria and Hypomycis roboraria ; Fig. 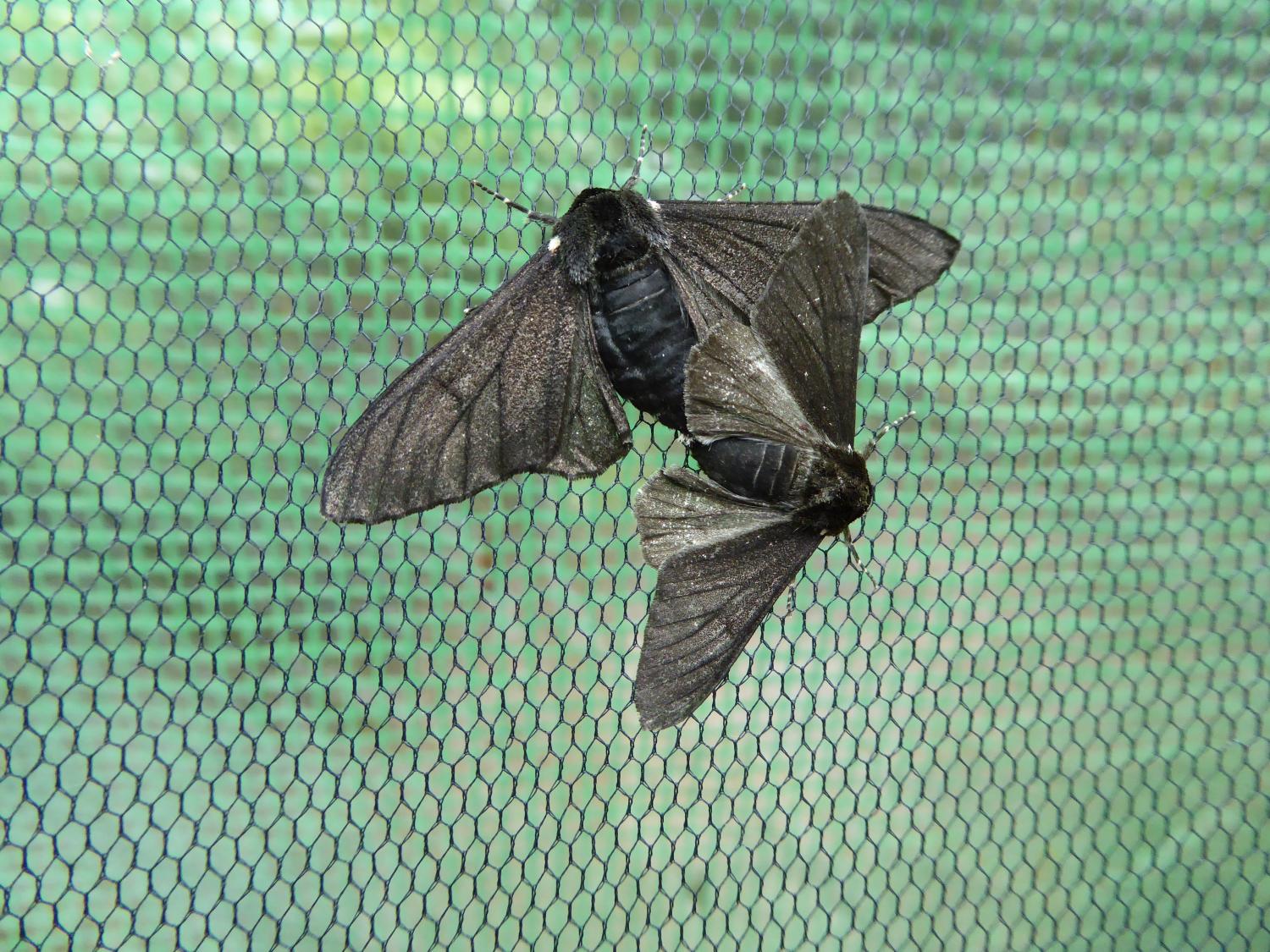 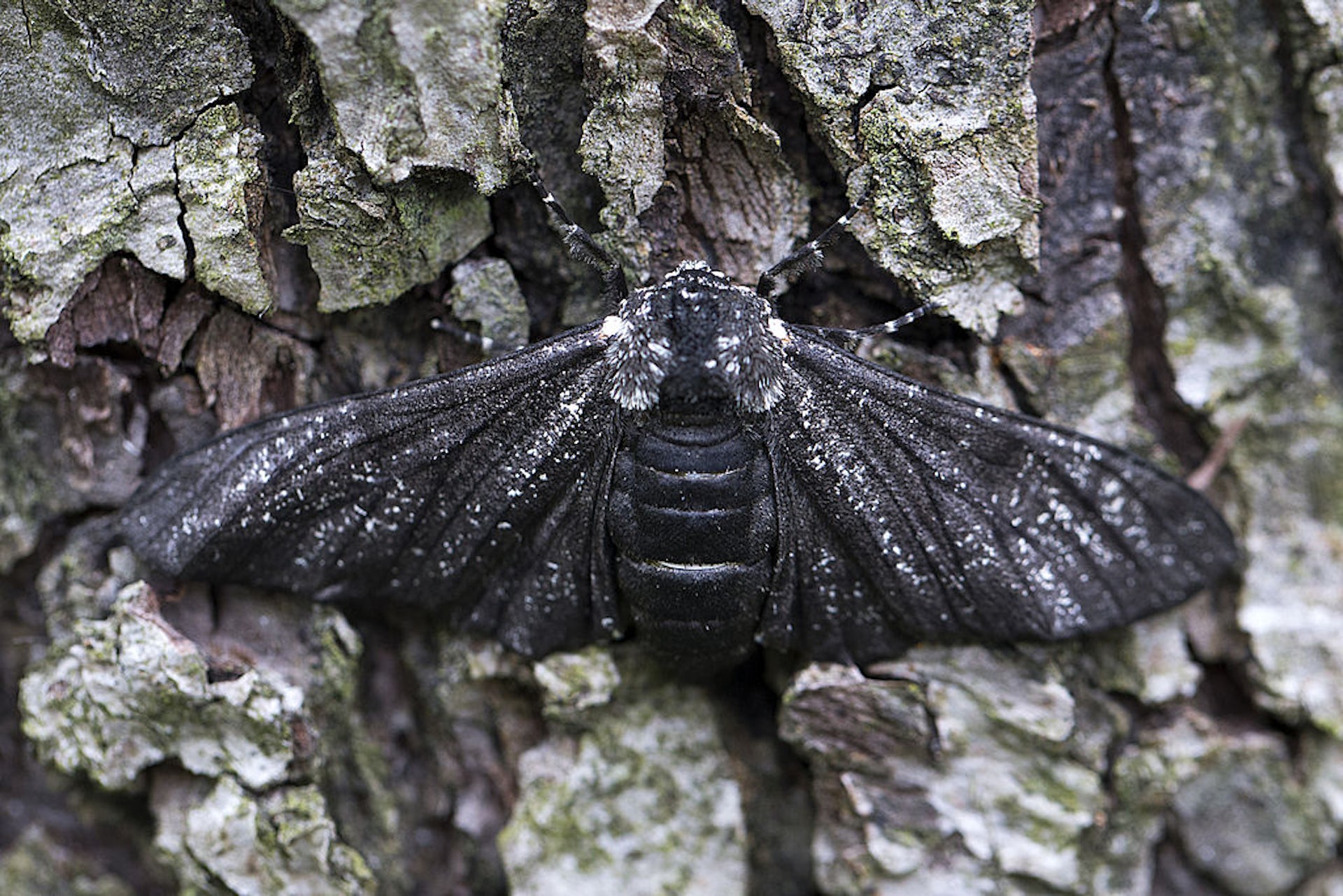 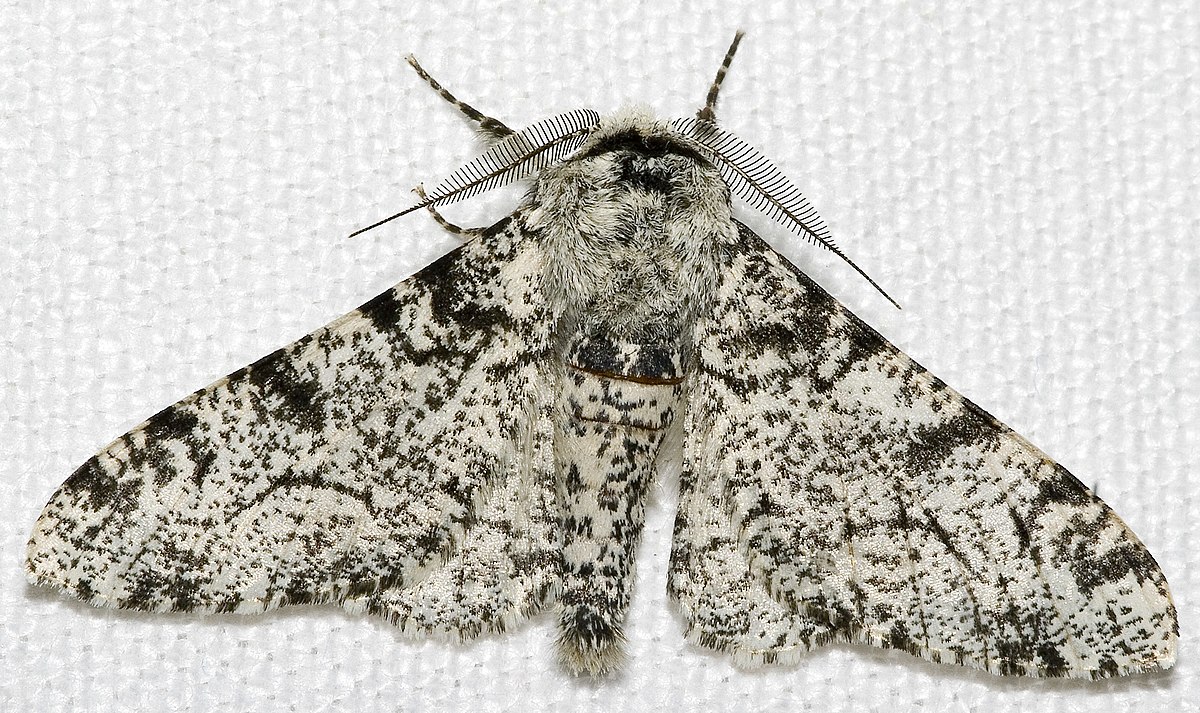 Related THE MOTHS ON THE CHANGING BARK